Sparks Literary Consultants Inc. has a long history in the publishing industry, although its name is new. Originally Johanna M. Bates Literary Consultants, Inc., the company was started in 1986 by Johanna Bates. A lawyer and professor of law, Ms. Bates found success with the publication of her first cookbook, Let’s Go Dutch, followed by three other bestsellers. Initially published in the 1980s, Let’s Go Dutch is still in print and is now on its eleventh edition, with well over 150,000 copies sold.  With her knowledge of intellectual property rights and the publishing world, Ms. Bates began helping and acting as a literary agent for other authors. Over eighteen years, Johanna M. Bates Literary Consultants, Inc. grew and nurtured new voices, while maintaining relationships with accomplished writers and publishers all over the world.

In 2003, Anne Bougie-Johnson joined the company as a literary agent and quickly learned the ropes. She represented clients in almost every genre under the sun, securing publishing deals for many and helping the authors on her roster navigate the complicated landscape of publishing. She then began branching out into manuscript evaluation, manuscript repair, and eventually ghostwriting; all while continuing to represent the clients of Johanna M. Bates Literary Consultants, Inc. and becoming Vice President of 4th Floor Press, Inc., the company’s self-publishing arm.

As Johanna Bates came to the decision to retire, she happily handed the reins over to Anne Bougie-Johnson in 2014, knowing the companies, and their clients, would be well looked after. Re-branded Sparks Literary Consultants, Inc., the business continues with the same fervent representation of its clients and commitment to helping authors around the world prepare and polish their manuscripts so they can find success. 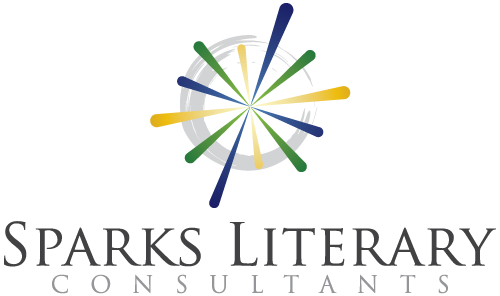